DEAD SECRET, Robot Invader’s seventh video game, will launch for Desktop and VR on March 28, 2016!  DEAD SECRET is a mystery / horror game that takes place in rural Kansas in 1965.  Here are all the details on the launch:

We’re shipping two different versions of DEAD SECRET: a non-VR, Desktop version via Steam, and a VR version via the Oculus Store.  Wherever you choose to buy it you’ll get both versions, either via a hybrid build of the game or a free unlock code.  If you pre-ordered DEAD SECRET on our web site we’ll send you codes for both the Steam and the Oculus versions.

We’re also pleased to announce that Ben Prunty, the intrepid composer of the DEAD SECRET score (and many others, including FTL and Gravity Ghost) is releasing the soundtrack on Bandcamp and Steam.  You can listen to the title track here!

Since launching the Gear VR version of DEAD SECRET late last year the response has been overwhelmingly positive.  Scott Hayden at Road to VR called Dead Secret “by far one of the longest, and most engaging VR experiences I’ve ever had—mobile or otherwise,” while VRGiant named it a “must play,” and Gamezebo called it an “unforgettable experience.”  Time Magazine labeled Dead Secret “captivating” and “deeply creepy.” Finally, DEAD SECRET was nominated for “Best VR Game” at the IMG Awards.  Winners are announced next week, and we’ve got our fingers and toes double-crossed.

User feedback has been stellar as well.  Our analytics show that players are spending hours playing DEAD SECRET, and the title has managed to remain one of the top-ten best-selling applications on Gear VR for almost its entire tenure on that store.  We’re pretty happy about our 4.5 / 5 star rating as well.

We’ve started to see Let’s Play videos of DEAD SECRET appear.  These are great for giving you a taste of the game play.  Here’s a video played in VR and here’s another playing the Desktop version.  Many thanks to the folks recording and uploading these videos! 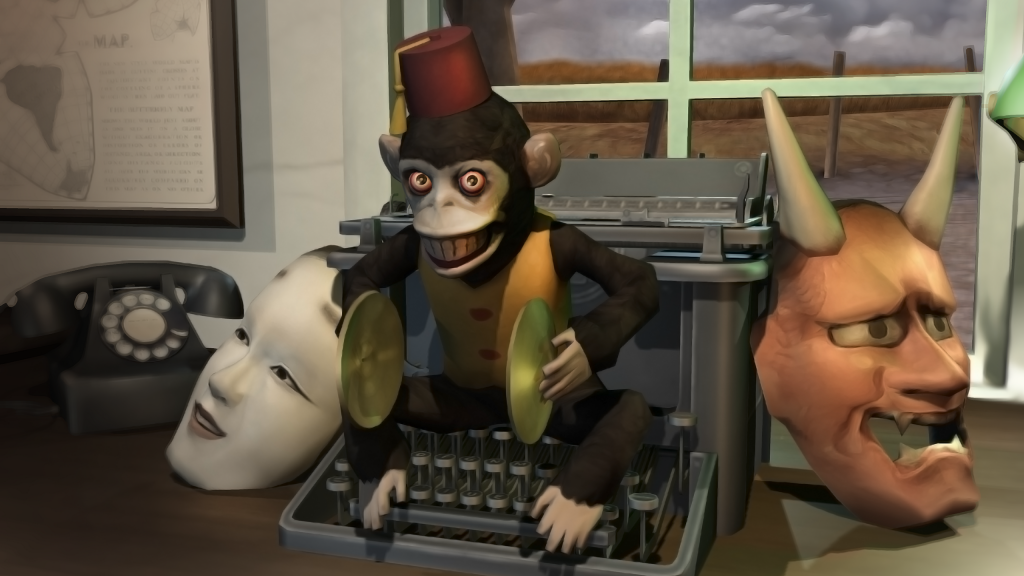 We’re still working hard on a version of DEAD SECRET for Playstation platforms.  We don’t have a date for these to announce yet but will be in touch about them soon!

We need your help!

If you like weird games, VR or otherwise, please help us make the launch of DEAD SECRET a success.  Tell your friends, write a tweet, or post the trailer somewhere–anything you can do to help us get the word out is incredibly valuable.  We are a small team and we are funded entirely with the sales of our games, so we very much appreciate your support.  More information and screenshots are at http://deadsecret.com.

Here are some handy social buttons to make it easy!

DEAD SECRET ships for PC and VR in 17 days!  See you soon!

This entry was posted in dead secret. Bookmark the permalink.

4 Responses to Dead Secret Launching on 3/28!